Pest control history – Singapore may be currently experiencing a rise in rodent populations due to an increasing human population (therefore an abundance of food and shelter), however, we should count ourselves as lucky as this is nothing compared to some of the pest control jobs below…

Rooting out the Rats

The Rat Islands; an unappetizing nickname for a place overwhelmed with unsavory creatures. Located in southwest Alaska, the Aleutian Islands were infested by rats after a fishing vessel arrived on the coast and accidentally introduced the population into the ecosystem in 1780.

With few natural predators, the rat population flourished and numbered into the thousands, decimating the local seabird numbers. An invasive pest, rats were recorded by subsequent voyages throughout the 19th century and continued until the 21st. Annoyed by the scourge, the federal government of the United States teamed up with local conservation groups and launched a $2.5 million project that involved state-of-the-art technology and chemical trickery.

Rats are intelligent creatures; if a food seems poisonous, the rest of the population will avoid it. In order to trick the rodents, scientists placed a slow-acting toxin in grain pellets that would take five days to act. Within a few weeks, the rat population died underground in their burrows, restoring the natural ecosystem. 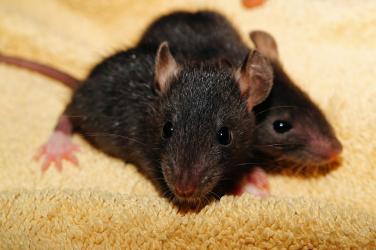 Pests are invasive and, when left unchecked, can wreak havoc on entire islands.

Argentina is a South American nation that experiences annual locust problems due to the warm, wet climate and agricultural economy. The locusts breed in the forests, spreading their offspring each year and raiding farms for food. However, previous insurgencies were nothing compared to the epidemic that struck the nation in 2016.

Clouds of locusts ranging from four miles wide to two miles high could be seen across northern Argentina, and boded ill for farmers who soon found their homes surrounded by young. Fumigators in 66 counties spent a month working for Senasa – the Argentinean agricultural agency. Hundreds of thousands of dollars were spent combatting the plague before it could descend upon farmers, sparing them the loss of crops worth millions.

However, this was not the end for Argentina. Despite their efforts, fumigators missed large chunks of the population. Helicopters were called in to spread pesticides throughout the countryside, adding even more expense to the already costly infestation. Argentina’s problem is a prime example of a simple maxim: do not let a pest population grow out of control. Good intentions can have bad outcomes. In 1958, leader Mao Zedong introduced the “Four Pests” campaign designed to target four creatures that spread disease and damaged crops in China. Mosquitos, rodents, and flies were common pests eliminated through traps and poison.

Sparrows were the fourth “pest” but would have drastic consequences. People would destroy nests and baby sparrows, shoot the birds, or prevent them from sleeping by drumming until they fell dead from the sky. The scale of this operation was enormous – truly one of the greatest pest control jobs in history. Millions of people engaged in competitions to see who could eliminate the most pests; the winners were rewarded. 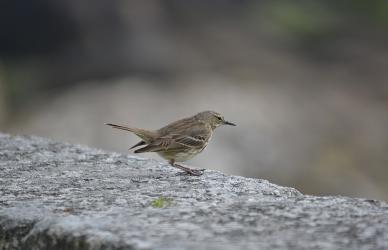 By 1960, severe ecological damage had been wrought. Rice, the staple crop, withered and was devastated by hordes of insects that no longer had their natural predator, the sparrows. Poor pest control, in combination with misused pesticides and deforestation, led to a famine that killed between 20-40 million people.

One major lesson can be learned here: pest control should be left to the professionals.

If you have a pest infestation that is beyond your control or other pest control providers have not given effective solutions, please get in touch with us. There is a reason our motto is: “When all else fails, Killem prevails”. We are confident that we can provide the most effective and least disruptive solutions to your pest problems.