Skip to content
/ General / Predators as a Pest Control Method 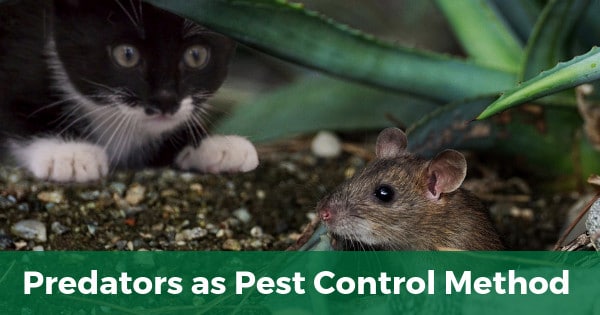 Predators – Pests can be difficult to deal with and sometimes people decide to fight fire with fire. Instead of relying on chemical repellents, humans have decided to return to a natural method: They introduce a predator into an environment in which it will eat pests.

Sometimes, this action works out great. In the majority of cases, however, the introduction of a foreign animal creates an invasive species. These creatures are animals who have entered a new environment where they themselves lack natural predators or weaknesses to help keep their population in check. Below are some of the best known examples of this form of pest control as well as the outcome of each decision.

There is evidence that animals like cats have lived alongside humans for almost 10,000 years. Cats are an excellent form of pest control because they eat nuisances like rats and mice. In medieval times, it was popular for cats to be used as mousers or to live in barns and granaries to stop pests from feasting on the local food supplies. During the Age of Discovery, felines were taken along on voyages and kept as shipcats to stop stowaway rodents from eating all of the supplies.

Other domesticated rodent killers were dogs and weasels. Many breeds of canine were trained to hunt mice, rats, groundhogs, and other creatures that could dig up gardens and crops. This subset of dogs are frequently known as terriers, although they are not used as regularly in modern times. Weasels are an older form of pest control which dates back to Ancient Europe, Rome, and Greece. Weasels were trained and kept around households as another form of rodent removal.

Ducks are found around the world but haven’t been used as a form of pest control until recently. In South Africa, some farms and vineyards have trained Indian Runner Ducks to parade from their rooms each morning and enter the fields. The ducks spend all day eating insects, snails, and slugs that grow on the vines. These bugs feed on the leaves of the plants as well as the edible crops, posing a considerable problem for farmers. The ducks stop these pests while allowing the crops to grow. Alongside the ducks are other trained waterfowl, including geese. 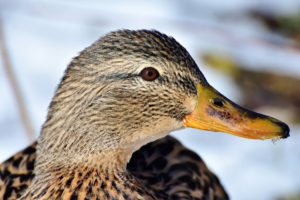 The saga of the cane toads is perhaps the most well-known example of a predator used to fight pests. In the early 20th century, Australia was known for its sugar production and many farmers and scientists wanted to combat cane beetles, which were destroying crops. The Bureau of Sugar Experiment Stations brought over cane toads from Hawaii and released over 100 of them in the wild. The toads reproduced rapidly and now number over 200 million across the continent. 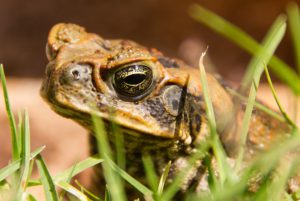 Unfortunately, the toads were not interested in the beetles and started to eat other native species instead. Because the cane toad naturally produces a toxin to defend against enemies, it has also started to kill other animals who try to ingest it. The situation with the cane toads constitutes an ecological emergency. Today, scientists have tried to come up with new pest control methods to control the invasive species. Some want to release sterile males in the environment to compete for resources, while others want to use a gene to change the females so they only produce males, limiting the population. Another method is releasing a virus which the toads are susceptible to, but this can harm native species.

This failed example of predators as pest control demonstrates some of the drawbacks of this method.