Not even famous places are safe from pests. Sometimes creatures typically considered a nuisance are invited into the space. More often than not, though, pests invite themselves. Recent developments in environments across the globe make the areas where famous buildings are located more attractive to pests by providing resources and shelter.

Climate change is a large culprit because some regions have become warmer and more humid, providing ideal conditions for invasive insects. Below are some of the most famous buildings around the world and their struggles with pests. 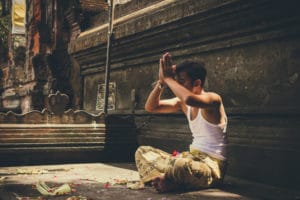 The prospect of 25,000 rats in a building is not an appetizing concept to many people, but that is the situation with the Karni Mata Temple in India. The temple was inspired by the story of Karni Mata, a man who was resurrected as a rat after drowning in a pool of water. People come from all across the country to feed and interact with the rats. The few white rats who live on the property are considered exceptionally holy and lucky, and encountering one is thought to be a blessing.

The Karni Mata Temple is located in Deshnoke and hasn’t seen a decline in visitors since its creation, even during disease outbreaks. Indeed, many people visit the location to be healed of their ailments. The primary inhabitants are black rats, which are common throughout the world. These rodents are not to be harmed by visitors or locals, and are given everything they need to survive and thrive in their environment.

Unlike the Karni Mata Temple, there are many famous buildings where rats aren’t invited guests. The White House in the United States and the Eiffel Tower in France are two popular tourist destinations, significant cultural monuments, and two areas plagued by infestations of rats.

The White House is the presidential home for the U.S. and has recently filed hundreds of pest control requests to deal with a growing population of insects and rodents which have found their way into the stately manor. Rats have been sighted in the kitchen, outside of politicians’ and officials’ offices, and even in the infamous Situation Room.

Meanwhile, the Eiffel Tower has been forced to close several times over the last two years as the city of Paris struggles to manage a growing rodent threat. Paris is a massive city which has struggled with rats for many centuries. Due to the large population and the number of tourists who visit each year, the environment features all of the conditions rats need to thrive.

The Eiffel Tower is a popular destination for rodents because people leave behind food and drinks while the buildings and sewer system in the surrounding area provide adequate shelter. The government has increased the number of pest management services available, but results have been limited.

Scientists have noticed the effects of climate change for several decades, including its effects on local pest populations. As certain regions across the globe develop warmer, more humid climates, certain species are able to thrive.

In Korea, a shift in the standard temperature and humidity has resulted in the spread of termites. Termites only lived in a few areas of the peninsula, but they have now spread to almost every location. These pests create problems for numerous buildings, including ancient Korean temples constructed of wood.

Because many of the old temples are constructed entirely out of wood, termites can weaken the structure and possibly cause collapse. Pest control operatives trained dogs to recognize insect hormones and have been using them to regularly check the region for termites and other wood-dwelling insects. The Cultural Heritage Administration of Korea recognizes the termite problem and has dedicated increased time and resources to trying to preserve temples.